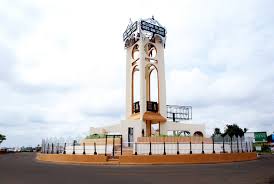 Abia state is yearning and calling for a change. Regardless of the availability of various natural resources, and the receipt of huge revenues that surpasses those of previous administrations, the state is not only terribly underdeveloped but heavily indebted. As your representative, I pledge to ensure the following:

INDUSTRIALIZATION: Aba is not only known for trade and commerce, but also industrialization. This government funds will be used to exploit the industrialization potentials available in Aba. An Institute for Innovation and Technology will be set up in Aba and partnership will be sought with some technology centers in the world, including Silicon Valley, Bangalore, and parts of China that are willing to transfer technology. A technology development bank will be incorporated in the state to provide loans to Small and Medium Enterprises. An Export Processing Zone (EPZ) will be established in the state for the purpose of export. AGRICULTURE: Agriculture is a major occupation in Abia state, and about 70% of its inhabitants are engaged in it. An agricultural policy will be set up. It will transform small scale farming into large scale agriculture (in areas of; poultry production, sugar cultivation, cocoa, fishery development and cassava processing). This policy will create job opportunities and expand the creation and circulation of wealth because, graduates will be trained as “agro-prenuers” to enable them grab opportunities in the value chain. Over 40,000 persons will be empowered in the first 2 years of the program. It will also improve the health and dietary standard of the people while serving as a commercial venture.

ENERGY: Abia is an oil producing state, but the citizens of the state have not benefited from this because of mismanagement of the economy. However, energy referred to here goes beyond oil and gas; It includes ‘power’. This is the biggest challenge faced by most manufacturers and residents of the state. This problem with technology and innovation, using the ‘waste to power’ ideology, where all the waste and rubbish can be garnered and used to generate electricity. This program is aimed at generating several megawatts of electricity, which will create at least 3,000 new businesses and over 5,000 direct jobs over the first 1 year. Investments will be encouraged in order to boost oil reserves in Ukwa and other areas, while we mandate oil companies to set up businesses in the state for productivity, employment and revenue.

PRIMARY HEALTH CARE: The existing primary health care centers are poorly staffed and equipped and thus are underutilized. Thus, all existing primary health care centers will be adequately equipped and staffed with qualified people, while improving the working conditions of the doctors and nurses. New Health Care Centers will be treated to meet the increasing health needs of the Abia people at every local government Area. There will exist at least one Specialist Hospital in each of the three senatorial zones to serve as referral hospitals. Private hospitals will of course be operational, after being fully audited to meet minimal standard of operation by practitioners. Ultimately, the budget for health will be increased by 5%under this administration.

INFORMATION AND COMMUNICATIONS TECHNOLOGY: Technology has invaded every iota of the human space. It is therefore pertinent that Abia state is up to date with its movement. Thus, our people will have access to be well enlightened in areas like artificial intelligence, robotics, 3D printing, driverless and electric cars in order to create a pool of young tech talents in ICT to meet the needs of the state in the growing information society. Technology hubs will be created, as well as accelerators and co-working space in LGAs/LCDAs in the state to promote innovation and empower the youth. Also, technology solutions which emanate from undergraduates of the state university will be funded by the state.

EDUCATION: Human resource development is a very critical aspect of the agenda. The greatest resource any state has is its people. This agenda on education will ensure that no Abia child is left behind. The current budget for education will be increased by 5% under this administration. Boarding facilities will be reintroduced in public secondary schools, as this will inculcate leadership qualities in the youths. Abia State University which is currently in a dilapidated and underdeveloped state, will encounter a thorough sweep through of development. The learning environments will be upgraded by investing in modern facilities including infrastructure in line with world class standard. Qualified teachers will be employed and will be placed under favorable working towards the recommended teacher-student ratio of 1:30. A government funded cafeteria will be set up to provide food for indigent students and teachers in the primary and secondary schools. Finally, indigene students with a CGPA of 3.0 and above will be placed on scholarship till graduation, while non indigenes will pay a subsidized rate of school fee.

TAXATION: Taxation is very important as a major source of internally generated revenue. However, the current tax policy will be reviewed to extinguish every form of harsh, punitive and discriminatory taint. Duplication of tax, illegal tax and levies will be abolished and there will be massive excavation of touts that intimidate residents in market places, parks, roads and other places. Tax policies would be used to boost the economy positively rather than debilitate businesses and individuals with draconian tax policies, while ensuring that businesses and individuals do not avoid tax. Additionally, tax relief incentives will be introduced to encourage Small and Medium Enterprises.

THE ENVIRONMENT: Abia state is prone to flooding and erosion, which can be attributed to the soil types found in the areas, the environment is also very dirty. This is a problem that has plagued Abia state for years and previous governments have done poorly in this area. Areas such as Aba and Umuahia, have become dump sites, constituting environmental hazard that call for immediate attention. An Environmental Management Policy shall be enacted and strict compliance shall be enforced by reintroduction of sanitation officers. Also, a Waste Management Authority will be set up for professional and proper handling and recycling of waste. For a sustainable eco system, indiscriminate deforestation will be grossly penalized, while we shall embark on planting of trees at strategic points in the state both for beautification and enhancement of a clean environment.

URBAN/RURAL DEVELOPMENT & INFRASTRUCTURE: This particular program is aimed at bequeathing the state with physical structures and facilities that will afford Abians decent standard of living which will attract businesses and investments. Thus infrastructure will be provided for the modernization and transformation of the state economy which will further strengthen the socio economic competitiveness of the state. Aba, Umuahia and Ohafia are the priorities for this program, and then other areas will follow. Additionally, existing roads are drains will be reconstructed and rehabilitated in order to restore various cities back to life and also enhance environmental sanitation, Abia Road Maintenance Agency will be created to this effect. This program will generate at least 5000 jobs and secure at least3000 existing jobs within the period of 5 years.

RESOURCE MOBILIZATION AND FUNDING: Funding is an important aspect of any good governance. The above listed program requires huge funding which might surpass the budget received by the state from the federal government. Thus, the state will adopt the United Nations Sustainable Development Goals as a blue print for its development, and this will enable us seek funds from certain donors and agencies like: WHO, USAID, United Nations Development Funds. Additionally, certain steps will be taken to adequately manage the available resources, will necessitate creation of an Economic Management Team which will be led by a commissioner who will make plans and strategies that will aid maximization of available resources.

PUBLIC ACCOUNTABILITY AND GOOD GOVERNANCE: This government will be characterized by high moral value, discipline and leadership guided by transparency and accountability. To ensure that this is done, governmental activities and records will be digitized and access will be granted for all to see and monitor. We will also lend our ears to public opinion and dissenting views.

HIGHLIGHTS OF THE MANIFESTO

• Provision of job opportunities and job security for a bulk of residents and citizens alike.

• The restoration of Aba as the central point of innovation and industrialization.

• Care attention will be given to the environment in line with United Nations SDGs.

• The creation of a suitable environment for SMEs and large-scale industries.

• The stream lining of existing tax system in order to eradicate double taxation and suit business and citizens.

• The rehabilitation of existing dilapidated physical structures and institutions.

• Establishment of a trusted transparent and accountable government.

This manifesto is not exhaustive. Some of the most pressing challenges have been chosen and we believe that the story of our people will be changed when they are implemented. Abia state needs a man for the people, not just the rich, who’s ready to serve in deed and in truth.

Allow me be that person!!!