ESSAY #21: MY 5-POINT AGENDA OF PROSPERITY FOR AKWA IBOM STATE 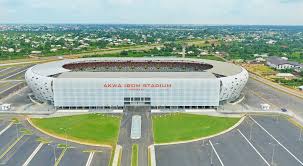 This essay was submitted by Daniel Akpan from Akwa Ibom state, Nigeria

The broken political system. The poor infrastructure. The unending queues and the fight for employment opportunities. The bleak future. The disturbing rise in crime. And the terrible waste of scarce resources. All these sad events characterize the present realities facing our State today. Although the outgoing administration of His Excellency, Mr. Udom Emmanuel, has achieved so much in terms of industrialization, Akwa Ibom State still has the second highest unemployment rate in Nigeria. According to the Nigerian Bureau of Statistics(NBS), 1.8million of the 3.3million economically active population of Akwa Ibom State is unemployed. Education is no longer a passport to a better life. Our State budget for education has consistently been below the UNESCO recommended minimum of26 percent. Infant mortality rate in the State is still one of the highest in the Country today with 69 deaths per thousand. Moving against the tides demand a paradigm shift
from the status quo.

As the gubernatorial candidate in the 2023 elections, my call to serve is founded on the need to offer Akwa Ibom State a new vision for our collective prosperity; one that affords our people a State in which their best dreams are realized and their expectations met. Our policies and programmes will be motivated by the collective aspirations of our people for a rich, prosperous and safe State founded on social justice and equality for all. The new vision for our collective prosperity is anchored on five thematic areas. I call them the Five-Point Agenda of Prosperity. These are Economic prosperity, Infrastructural consolidation and rural development, Education, health and social
protection, Security, Governance and institutional reforms.

My top most priority will be to address the twin challenges of mass unemployment and poverty with massive investment in public works by rebuilding public facilities and expanding the State’s stock of hard infrastructure. For quick impact with in the first 100-180 days in office, my administration will embark on massive public works to reflate the economy, flag off conditional cash transfers of N5,000 to the extreme poor, N5,000 to orphans, N100,000 per delivery for multiple birth mothers and N5,000 for the physically challenged, in addition to their participation in a skill acquisition programme. Similarly, we will roll out the Graduate Farmers Scheme and other agricultural programmes. All outstanding pensions, gratuities, Local Government workers’ salaries, primary school teacher’s entitlements and allowances will be addressed. We will also domesticate key Federal Government economic programmes like the MSME Clinic and the Bank of Industry sponsored GEEP project. On a longer term, my Administration will launch a N20billion fund to raise a critical mass of transformative entrepreneurs(TEs) who will use creativity and innovation to grow the private sector and create wealth. About 6,000 TEs will be produced and empowered every year (24,000 in four years)to stimulate the economy and create no less than 120,000 jobs. I will create an Enterprise Development Fund, EDF and seed it with N5billion annually to provide collateral-free, single digit loans to SMEs. The tourism sector will receive a boost. All existing hospitality infrastructure such as Ibom Hotel, the Four Points by Sheraton, the Tropicana Entertainment Complex, and the
Ibom Unity Park will be put to optimal use. This is because this sector can become a major source of economic diversification for us just as South Africa generates about $11billion from tourism, forming 7.9% of their GDP.

An assessment of all ongoing and abandoned State Government projects will be conducted to determine the extent of government investment in the sector, identify projects that have been abandoned with the aim of completing them. New projects awarded under my administration will be complementary to existing projects to ensure the integration of major towns, villages and local government headquarters to Uyo through our ONE Akwa Ibom initiative, an ambitious programme to link all local government headquarters by dualized motorways. The Ibom deep sea port project will no longer be a mere campaign rhetoric under my government. My goal for the power sector is to achieve a 80 percent grid connection and deploy alternative and renewable energy sources to communities that are off-grid to Power-Up Akwa Ibom. In partnership with local government councils, I will develop mini water schemes and rural electrification projects in all the 31 LGA of our state.

Akwa Ibom State was renowned for the quality of its schools, and could boast of having the best teachers. It is a matter for deep regret, that from this glorious past, we have moved down from 14th position in 2015 to 17th in 2018 in the WAEC ranking and to a point where our public education system is incomplete shambles. The entire foundation school system requires a complete overhaul. Within my first 100–180 days in office, I will declare a state of emergency in the education sector and convene a summit of stakeholders and experts to discuss and adopt the way forward for the sector. I will Increase support for our students intertiary institutions by raising student bursary from N5,000 to N25,000 per session. Medical and Law students of Akwa Ibom origin in all institutions will receive a grant of N100,000 annually. In addition, we will be totally committed to a dramatic increase in funding education from the current 1.6 percent of the State budget to a progressive increment towards meeting the UNESCO target of 26 percent. A special intervention fund of 30 billion will be considered for the upgrade of schools. Beyond education, the cornerstone of our administration’s health policy is Health with Hope; a strategy to reverse the indicative negative health indices of the State. We will institute a comprehensive health policy titled Better Health+Care Initiative (BHI). BHI will ensure better access to cost effective, quality health care, provided through primary
and secondary healthcare facilities in the State. We will also supplement general hospitals with cottage hospitals and equip them with functional facilities and relevant technology. Very importantly, we will provide a new ambulance scheme (BHI+Ambulance) to handle medical emergencies. BHI+Ambulance will begin with 15 ambulance services: five(5) in Uyo metropolis and one each for the 10 Federal Constituencies. Within the first year we would have established one in each local government, attached to the local government headquarters. As part of my social protection agenda, I will domesticate the National Gender Policy including meeting the 35% target of women and youth participation in governance through affirmative actions. Child’s right act in Akwa Ibom will be enforced strictly.

Unemployment breeds insecurity. I will ensure immediate implementation and disbursement of funds for the proposed poverty reduction programmes to address the fundamental causes of insecurity. In our first 100–180 days in Office, we will convene a Security Council meeting on the conflict of the border communities. Decisions reached at the meeting would be implemented immediately. I will also ensure that all the other aspirants in the 2023 gubernatorial election are appointed into my cabinet. I vehemently believe that building the Akwa Ibom of our dream is a collective effort and we can all share ideas towards achieving the vision.

There is no doubt that both governance deficit and institutional weakness cripples progress. When such lapses become glaring, the State cannot be attractive for any type of investment or development. Some of the steps to be taken by our government to confront these lapses include the following: Restore financial autonomy to local governments, adopt zero-based budgeting in place of envelope style budgeting, zero tolerance for corruption and impunity, reforms of regulatory institutions will be undertaken in order to remove outdated laws and replace them with development friendly ones. Furthermore, an Executive Bill will be introduced in the State House of Assembly to pass the application of Project Monitoring and Evaluation(M&E)into law. Another Executive Bill will be sent to the State House of Assembly to institutionalize continuity in development planning beyond a political regime.

In conclusion, our Five-point agenda is both a covenant and a pledge, made before you this day, and before God Almighty, to redress the sad reality of our developmental challenge and set us all on the path of our collective prosperity. The 2023 Governorship election is all about you. If I am elected governor, I will give my whole-hearted devotion to the call and responsibilities of office. My administration will be fully dedicated to the welfare of our people, and will be accountable to only God and the good people of Akwa Ibom State.I will operate an interactive and all-inclusive administration. Your thumb print is the key to the new Akwa Ibom of our dream!