Michael Oluwashogo Olatunbosunstudied at the University of Ibadan where he bagged a BA in Communication and Language Arts.

He is a radio and television presenter with experience spanning about 14 years. He cut his teeth at Nigerian Television Authority (NTA), Ibadan, where he presented youth programmes including a network programme, on freelance basis. He also had a radio programme (as an independent producer) on Premier FM 93.5, Radio Nigeria, before he joined Diamond FM 101.1, University of Ibadan. He currently works at Splash FM 105.5, Ibadan where he presents Talking Points, a socio-political programme, and Books Splash (a programme dedicated to books and reading).

Michael is an activist and campaigner. He is a child rights campaigner. He is an avid and voracious reader who reads “anything readable”. He is an award-winning writer as well as a teacher, motivational speaker, broadcast and public speaking trainer, and preacher. He believes in developing society through building of the intellect. Thus, he is a reading enthusiast and activist. He is also a development enthusiast.

He is a member Child Rights Advocacy Project (CRIBAP), South-West Freedom of Information Network, Civil Society Coalition of Sustainable Development Goals (CSCSD) and Association of Nigerian Authors (ANA). While as an undergraduate at Ibadan, Michael was a frontline journalist. He was editor at various press clubs and was a founding member of The Orators, a speech club and Society of Campus Poets (SOCAP). He was also a member of Ibadan Poetry Club. His poems have appeared in both international and local anthologies and journals. He was a winner of a poetry competition organized by Educare Trust in 2000.

Michael has attended and presented papers at various conferences and workshops.

Michael Olatunbosun will be speaking on #EndSARS: New Media as a tool for Social change in Nigeria at Young and Emerging Leaders Conference 2020. 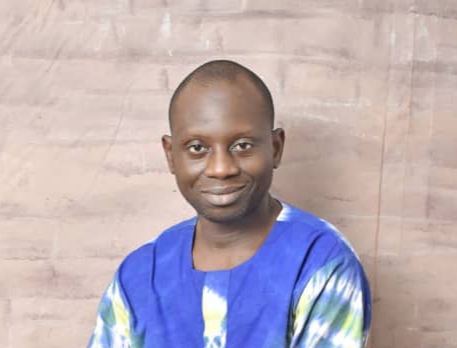